He Is My David

It is a common phenomenon that the greatest artists and inventors are often not sufficiently recognized during their lifetime for their creations. Often it is only after they pass away that their efforts are recognized as the masterpieces they are. I feel that the works of the Rev. Walter Hawkins may be such an example. 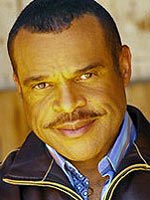 When King Saul of the Old Testament was troubled and was feeling far from God, he would often call for the young David to come and play his harp and sing songs about Jehovah. This would drive away all the evil thoughts and self-pitying feelings from Saul, and restore the sense of confidence and faith in God that he so badly needed.

Out of my large library of wonderful songs by some of the greatest songwriters of the past 100 years, there is absolutely no question that my “David” has always been Walter Hawkins. No matter what my situation in life, good or bad, I can listen to the songs and music of Walter Hawkins and find strength and real encouragement. Oh what inspiration I have always found in his songs and in his singing!

I know that there are many, many wonderfully talented songwriters and singers out there. I have many records and cds of other gospel legends, both from the past and many more still alive and well. It is, however, my opinion that Walter Hawkins was the greatest of all the gospel songwriters of at least the last 100 years (and probably much longer than that) for several reasons.

First, his lyrics are so powerful, soul-searching, and unique. His words were so personal and relatable. He often wrote songs that spoke from a very deep, introspective place in his soul. For example, “I’m Goin’ Away”, or “My Gratitude”. Once you hear a Walter Hawkins song you never forget it!

Walter singing one of his classics from the 80’s “What Is This?” – Edwin directs the choir

Second, his music was utter perfection. He composed the best of everything from beautiful, slow ballads (“Lord, Give Us Time”) to the “baddest” of fast tempo grooves (“He’ll Bring You Out”). Another great example of music and lyrics linked in syncopation of his is “There’s a War Going On”.

The primary reason why I have always loved playing his songs on the keyboard is because Walter composed music using intricate chords and progressions nobody else used (that is until he did!). You almost have to be a musician to recognize some of the difficult, peculiar, and subtle things that he would put in there.

Thirdly, Walter was an incredible and wholly unique singer. It seems that most songwriters don’t sing nearly as well as they write. Walter was, again in my opinion, the BEST singer out there, bar none! I literally always said that if God offered to give me any voice I wanted, I would have wanted to be able to sing like Walter Hawkins.

Walter singing “A Forgiving God” from his last album

So the bottom line is Walter Hawkins is a one-of-a-kind legend because he excelled at all levels!

Most importantly, however, Walter Hawkins excelled at life. He lived as an example of a true Christian, with unquestioning love for everyone. In spite of his long sickness, he didn’t give up. He continued to have faith in God, and he gave all honor and worship to God to the very end. I never realized how strong and “tough” he was until I saw his last few years.

It has been 8 months since Walter died, and yet I still find my eyes tearing up every time I hear his songs. I regret the missed opportunities I had to visit his church where he pastored. I have been analysing why I have been so affected by the passing of someone I only knew from a distance. I have realized that there are many reasons, some deeply personal and psychological, some sentimental. I hurt for the hurt that I know all his brothers and sisters, his son and daughter, and many others have suffered. I especially think of his older brother and closest friend, Edwin**. I think of all the songs written by Walter that I have sung and played on the keyboards since I was a young teenager. So very many memories.

But most of all, it’s because he is my David. 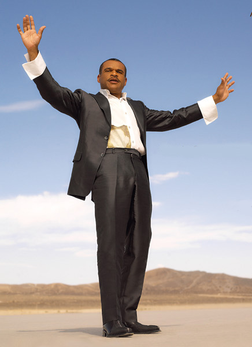 Read the following lyrics of a few of his songs, as they are excellent examples of his brilliant and inspiring songwriting.

“Is There Any Way?”
Is there any way I can make it?
Seems I’ve got so far to go
Though it may not be easy
I have this assurance
That you promised always to see me through!

Every turn a new beginning
Something never dealt with before
There I am in the midst of a storm
And I cry, Lord
I just want to die, Lord!
Then I fall , Lord, right back in your loving arms.

Looking back every time
Seeing each mountain I haved climbed
Knowing it was really You
Who carried me right on through.

Some tears and some pain
But I’m going on just the same
Lord you promised to be with me
Through the storm and through the rain
God you are my everything!

“He’s That Kind of Friend”
If you ever need a friend that sticks closer than any brother
I recommend Jesus because He’s that kind of friend!

He will never forsake you
Even though He knows everything there is to know about you
I recommend Jesus because He’s that kind of friend!

He’ll walk right in front of you to always protect you
So the devil can do you no harm
He is faithful every day to help you along the way
He’s that kind of friend!

If within your heart you take Him in
New life will begin
Because He’s that kind of friend!

Here is a short list of a few additional songs written by Walter Hawkins:

**As a footnote, I feel it would be wrong to not mention a few things about Walter’s brother, Edwin Hawkins. For many years I have debated in my mind which of the two I thought was greater. Edwin has probably written as many gospel songs as Walter, if not more than. I greatly enjoy his lyrics and music. He is a master on the piano, and his style has always been a strong influence on my own playing. One of my musical realizations that I attribute to Edwin is that I do not consider the piano a stringed instrument, like they teach in school, but rather I play it like it belongs to the percussion family. It is a rhythm instrument! To many Edwin is best known as the writer of the gospel classic “Oh, Happy Day”, but he is so much more than that. Some have given him the title as the “Godfather of Gospel Music”. I have dozens of records and cds that Edwin has produced and I am always waiting impatiently for his next one. It pains me to compare the two of them as they each have their own strong points and style.

3 thoughts on “He Is My David”